I can’t believe I’ve been part of the Studio 91 team for a whole month. It seems like yesterday I was applying, interview prepping and nervously ringing the office doorbell.

Starting a new job is a nerve wracking time for anybody but even more so when you’ve been working for yourself for 3 years and you’re not at all used to working in a team or an office environment. I wondered how I would cope and whether I’d even enjoy it? It’s safe to say as soon as I started, every concern or anxiety I had was instantly diminished. The warm reception from the rest of the team was better than I could’ve hoped for.

Thrown in at the deep end

I accepted this job knowing I’d be thrown straight into it but I didn’t expect it to be quite so fast – let me tell you how my very first shoot went… It was my third day on the job and I was supposed to just be shadowing on a shoot to see how things worked. On the way we received a call from one of the team: “I’ve broken down”. Normally, this wouldn’t be a huge deal… except for two things: he was halfway down the M6, and he had all of the kit in his car. With some quick thinking from Ben and some panicked suggestions from me, we managed to gather some camera gear.

Once we got to location, I had to step up and jump onto camera for some interviews. With some encouragement (and technical assistance) from Ben, we ended up with some great video content. If I’m honest, I didn’t even have time to panic or worry about getting it wrong and I think that was the best outcome. When you start a new job it’s easy to let nerves get in the way of getting stuck in and sometimes the best way to deal with it head on. Of course it always helps when you’ve got a great team alongside you encouraging and guiding you any time you doubt yourself.

Since I started, I’ve been filming in London with the World Association of Girl Guides and Girl Scouts and with Tyler Grange in Birmingham, editing past footage and client-filmed content from Motiv8 and St Ann’s Hospice and of course writing blogs (we’ve even managed to squeeze in an escape room, a rite of passage for any team). I’ve really loved that all the content we’re working on is purposeful, positive and intentional as it really aligns with my values and is one of the things that initially attracted me to this job.

I’ve got some exciting projects coming up with Studio 91 from filming to editing and everything in between. My confidence as a video producer and as an employee has grown massively and I don’t think there could’ve been a better fit, job-wise.

This month has flown by and I’ve enjoyed every minute – I can’t wait to see what the future holds for me and for the Studio 91 team! 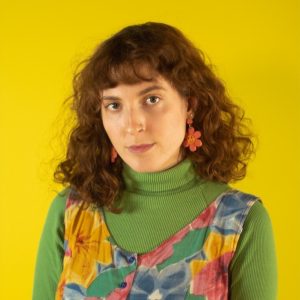 I've worked as a freelance videographer and photographer since graduating my film production degree with clients such as Virgin Experience Days and Dishoom alongside smaller scale independent artists and business owners. I pride myself on my creativity and versatility. In my spare time I enjoy raiding the charity shop for a bargain or attending gigs and festivals!