Slow motion video has been a phenomenon for years, it’s not something new. If you go way back to the early days of film and flick through different films, documentaries, sport broadcasts etc… you will find glorious and impactful slow motion scenes.

When watching a video, do you ever stop and notice the frequency and way slow motion is utilised for certain shots? This is because slow motion is a great and simple way to make a video or scene more impactful, dramatic, intense and artistic. It’s pleasing on the eye and it draws viewers in. With slow motion, time is almost frozen and you’re taken along for the ride. It’s an amazing tool – use it! To whet your appetite, here are some great examples of slow motion utilised in cinema:

Is slow motion just for Hollywood?

Well, no! Thankfully we are blessed with incredible tech these days. Slow motion settings are compatible on almost all camera, phone and tablet devices! You don’t need to go high-end and purchase the most expensive camera out there. It is true that the higher you search you can find more cameras with a higher frame rate…but the specs we see on most mid-range devices definitely do the business! Which means you can create stunning slow motion video content on a budget. From your GoPro to your DSLR to your phone, chances are you’ll have access to a high frame rate camera that will deliver the slomo goods.

Humour me for a second while I talk about the numbers. If you film at normal speed with the native camera app on your phone, chances are it’s shooting 30 frames per second (fps). That means that every second, the camera is capturing 30 images. When played back, these 30 images create smooth motion in real time.

When you go into slomo mode, either in your native camera or a dedicated video app, you’re increasing the frame rate. You might be shooting in 60, 120 or even 240 fps. When that’s played back at 30 fps, each second of what you captured becomes 2, 4 or 8 seconds long.

As well as looking cool and a bit ‘arty’, slow motion is an easy way to make handheld footage appear more stable. As well as slowing down the subject, you’re also slowing down the movement of the camera itself, which can smooth things out and cover a multitude of sins.

Slow motion is best used sparingly, for scenes that really portray emotion. Examples of this could be a group of people celebrating and dancing, or a person in despair running towards the camera. When there is a lot of action or fast movement, slomo draws the viewer in and shows them more detail.

Used correctly, slow motion can leave the audience feeling inspired, drawn in and focused on the scene, which is something every creative wants to bring to fruition…powerful, enchanting story telling.

Apps that will aid your slow motion filming

For most people, the slow motion mode in the native camera app is more than enough to capture great artistic content.

However, once you’ve mastered the basics, consider going a step further. Apps such as Filmic Pro, Moment Pro Camera or MAVIS (iOS) give the video maker manual control, which can really spice up video work and make it look more professional. As well as frame rate, these apps let you change the aperture, focus, shutter speed, picture profile and so on.

We hope you found this blog insightful and enlightening, and we’re here to help if you need to bring the professionals in for your next slow motion masterpiece! unique creative slow motion spark in your video content, please with us! 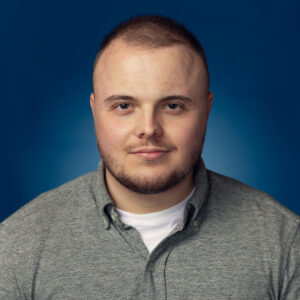 I’m a video producer, wedding and events videographer and junior researcher with over 7 years of experience making digital content, including working with global brands such as BBC. I have a great passion for storytelling, producing videos, writing up blogs and inspiring campaign ideas. In 2017, I started my own company producing cinematic wedding films. In my spare time, you can find me involved in some sort of sport, playing football or going to the gym. If not I'll probably be on the internet purchasing more camera equipment…I know, I need to stop.